At around 23:00 on 21 August, an insurgent armed with an explosive vest infiltrated a position manned by a Sunni Tribal Mobilization PMF unit in Sudayra Village, located southeast of Shirqat City along the eastern banks of the Tigris River. The operative detonated his device at a building belonging to former MP Adnan al-Ghannam, which was used as a local headquarters for elements of the 51st PMF Brigade.

The detonation killed six PMF members including a journalist. At least three PMF members and three civilians were wounded including the former MP, who formed the likely intended primary target. Most accounts more vaguely cited seven PMF wounded. A provincial police source cited higher casualties with as many as 30 PMF members wounded, though this figure was difficult to verify.

Some accounts indicate the attack was preceded by ineffective mortar fire in the area, which caused a gathering of security personnel and onlookers at the PMF site that was subsequently targeted. According to the commander of the 51st PMF Brigade, ‘Asham al-Jaburi, the bomber was believed to have infiltrated the area from the Makhoul Mountains to the south. Other anecdotal accounts cited more likely infiltration from the Bariya area, located approximately 5km to the east.

On 22 August, IS-affiliated Amaq News Agency claimed responsibility for an attack conducted by a suicide bomber that killed seven PMF members, wounded 10 others, and destroyed an SUV in Asdira Village in Shirqat. In addition to classic focuses on Shi’a security forces, IS continues to regularly target Sunni security personnel and affiliated civilians as it attempts to increase freedom of movement and widen potential divisions. 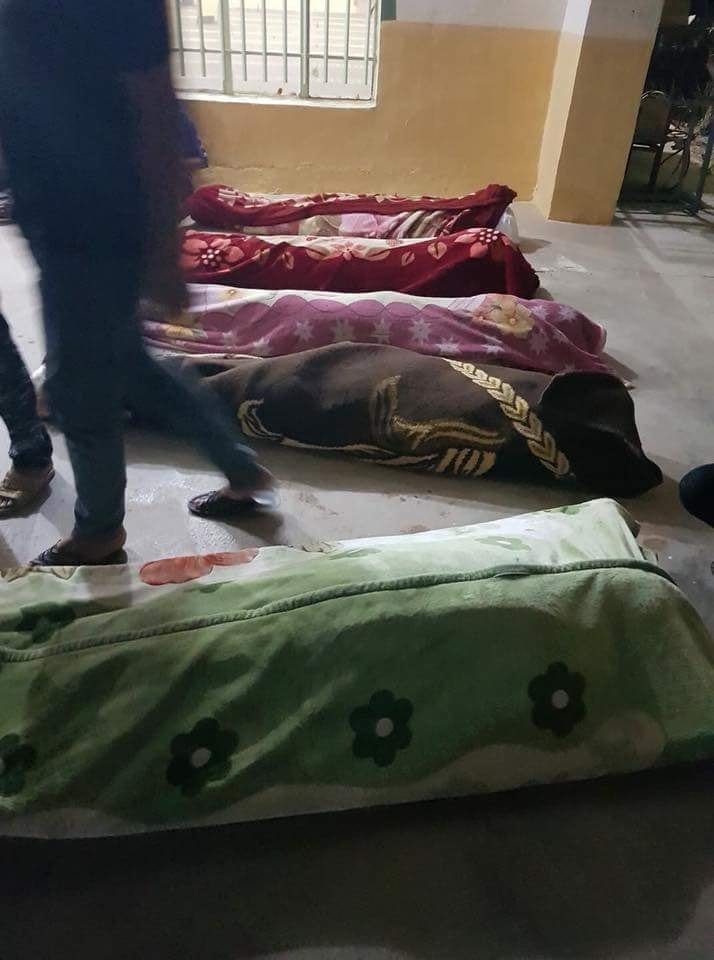 Bodies from attack southeast of Shirqat on 21 August 2018

Deadliest suicide bombing since period surrounding parliamentary elections:
This incident is the first highly effective attack of the Eid al-Adha religious period, and stands out for several key characteristics. It forms the deadliest incident in Iraq involving IS militants since Peshmerga forces launched a largescale security operation against an IS safe haven outside Makhmour on 16 July. To recall, 10 Peshmerga were killed by highly effective sniper fire. The 21 August incident forms the deadliest IS-initiated attack since a series of incidents involving abductions at fake checkpoints. This included an attack south of Baqubah on 5 July that resulted in the execution of seven individuals affiliated with the Hashd al-Shaabi.

Areas of eastern Shirqat District experience intermittent IS activity due in large part to the location along the periphery of the historic Hawija pocket. IS infiltration is regularly reported along heavily vegetated and mountainous areas of the Tigris River Valley, along the Zab River, and in rural desert areas extending into portions of the adjacent Makhmour District. Regular security operations including the above noted 16 July operation and Operation Vengeance for the Martyrs have experienced some successes degrading IS activity levels in the greater Hawija pocket, particularly direct fire activity. IS has increased its focus on IED activity as a result.

Well prior to the 21 August attack, Sudayrah Village hosted an extremely lethal set of coordinated IED attacks between 11-12 April. IS gunmen targeted PMF positions, baiting the security personnel towards emplaced IEDs, killing five and wounding four others. The following day, two IEDs emplaced at a cemetery targeted a funeral procession for the fallen fighters, killing 16 individuals and wounding 14 others. The recurrent nature of well-planned attacks in this vulnerable population center will be important to take into account for the future, with associated considerations for adjacent remote environments of northern Salah ad Din and southern Nineveh.

In terms of tactics, the 21 August attack stands out as the first highly effective attack involving a single suicide bomber since an attack on 16 May in northern Baghdad. The operative targeted a funeral ceremonyfor a fallen Sunni PMF officer, killing as many as 11 individuals and wounding as many as 31 others in a highly effective attack. Other recent attacks involving suicide bombers were located further north along the Tigris River Valley, including areas of northern Salah ad Din Province. On 9 July, at least four insurgents were involved in a complex suicide attack targeting security forces in an area near the Baiji Oil Refinery, killing at least three Hashd al-Shaabi Fighters and wounding five others.

Reports citing mortar fire supporting the 21 August attack are certainly notable. IS has conducted multiple complex and coordinated attacks involving mortar fire and gunmen in Diyala and to a lesser extent Salah ad Din over the past month. This included a notable set of attacks in and around Balad on 19 July, albeit with relatively moderate casualties. The 21 August incident closely follows a failed suicide attack involving two bombers in a village north of Tal Afar the night prior. It is now increasingly possible that both suicide attacks were intended to form high-impact attacks associated with the Eid al-Adha period.

Outlook:
Each of the above events, as well as several deadly raids in Salah ad Din in recent weeks, illustrate the diversity of current IS tactics in active areas along the Tigris River Valley. IS attack intent will understandably remain elevated through the remainder of Eid al-Adha commemorations, and the aftermath as the tempo of security operations returns to normal levels. Previous assessments for this religious period remain in effect. Additional high-impact attacks are very possible, but are generally expected to occur in vulnerable areas outside major urban centers. Attacks against security personnel and individuals with government and security affiliations is expected to remain the focus.